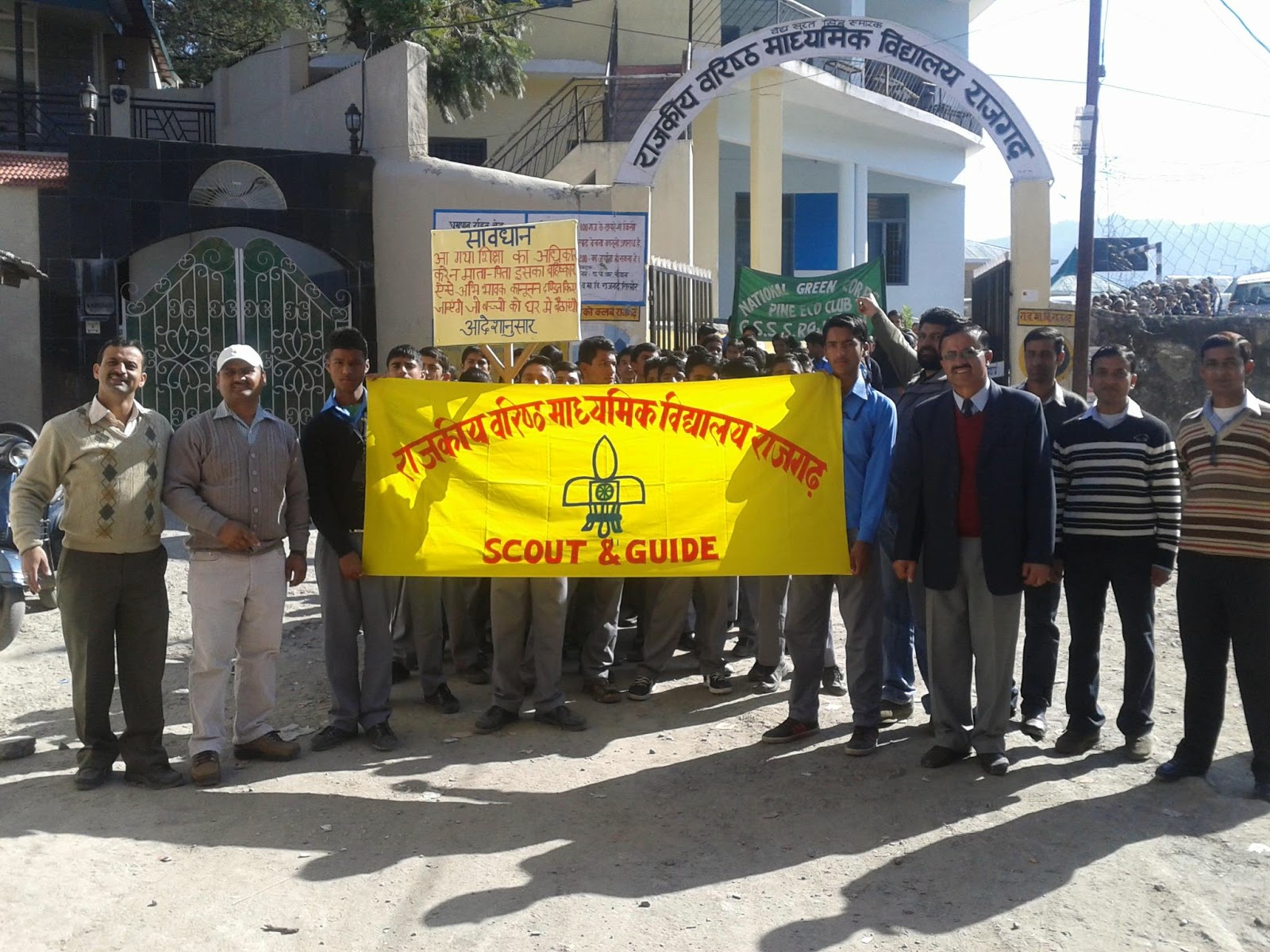 The Boy Scouts Movement had a simple start in the year 1907 when a retired Army General Lord Baden Powell conducted an experimental camp in Brown sea Island in England with 20 boys. The successful conduct of the camp and publication of the Book “Scouting for Boys” in a fortnightly marked the start of the Boy Scout Movement.
In the year 1910, Crystal palace Rally was held where Girls wearing the boy Scout uniform appeared and wanted to join the Scout Movement. Lord Baden Powell decided to start a movement for Girls with the help of his sister Agnes Baden Powell
Scouting In India
Scouting started in India in the year 1909, when Captain T.H.Baker established the first Scout Troop in Bangalore and got it registered with imperial Headquarters, London.subsequently, Scout Troops were formed in Kirkee (Pune), Simla, Madras, Jabalpur, Lonavla (Mumbai) and registered with the Imperial Headquarters during 1910 and 1911. These units were open to European and Anglo Indian Children only.
The first Guide Company in India was started in Jabalpur, Central India  in 1911.
As the Scout Movement was not initially open to the Indian boys, Nationalist leaders of India decided to offer Scouting activities to Indian Boys and Sewa Samiti Scout Association was formed with Headquarters in Allahabad by Pandit Madan Mohan Malviya, Pandit Hriday Nath Kunzru and Pandit Sriram Bajpai. Dr.Annie Besant with the help of  Shri G.S.Arundale started a seperate Scout Association for Indian Boys in Madras.
Efforts were made for unification of different scout groups existing in India during the visit of Lord Baden Powell to India in 1921 and 1937 but failed. Major reason for the failure in unification was the promise clause which included the word “Duty to King”. Our Patriotic sentiments of our Nationalist leaders did not approve the allegiance to the British Empire and instead it was insisted that allegiance  loyalty to the Country should be part of the Scout Promise..
Scouting Guiding In independent India
After the independence of our country efforts were made for unification of the Scout and Guide Associations functioning in India.Serious efforts were made by our National leaders like Pt.Jawahar Lal Nehru, First Prime Minister of India, Mauland Abul Kalam Azad, the First education Minister of India,Shri Mangal Das Pakvasa, Governor of Central Province, and Scout leaders  Pandit Hriday Nath Kunzru, Pandit Sri Ram Bajpai, Justice Vivian Bose and others for the merger of the Scout / Guide Associations.Dr.Tara chand, Education Secretary ,Government of India made significant contribution in finalizing the merger deed.The Final merger took place on 7th November 1950 and the unified Organisation  came into existence under the Name “The Bharat Scouts and Guides”. The Girl Guides Association formally  joined the Bharat Scouts and Guides a  little later on 15th August 1951.
Constitution and HeadquartersThe Bharat Scouts and Guides is a Registered Society under Societies Registrations Act. It is totally voluntary, non-political and secular Organisation.The National Headquarters of the Bharat Scouts functioned from Regal Building, Connaught Place, New Delhi,  till 1963.Thereafter, it shifted to its own building and is functioning from Lakshmi Mazumdar Bhawan , 16, Mahatma Gandhi Marg, Indra Prasth Estate, New Delhi – 110002. The National Headquarters building was inaugurated in the year 1963 by the then Vice President of India Dr.Zakir Hussain.
Our Fundamentals
Definition:-The Bharat Scouts & Guides is a voluntary, non-political, educational movement for young people, open to all without distinction of origin, race or creed ,in accordance with the purpose, principles and methods conceived by the Founder Lord Baden Powell in 1907.
Purpose: The purpose of the Movement is to contribute to the development of young people in achieving their full physical, intellectual, social and spiritual potentials as individuals, as responsible citizens and as members of local, national and international communities.
Principles: The Scout /Guide Movement is based on the Following Principles.
DUTY TO GOD:  Adherence to spiritual principle, loyalty to the religion that expresses the acceptance of the duties resulting there from.
DUTY TO OTHERS;
Loyalty to one's country in harmony of local and international peace, understanding, co-operation.
Participation in the development of society with recognition and respect for dignity of one's fellowmen and for the integrity of the natural world.
DUTY TO SELF:
Responsibility for the development of one’s self.
The Method: The Scout /Guide Method is a system of progressive self-education through:-
-   A Promise and Law
-   Learning by doing.
-   Membership of small groups under adult leadership involving progressive discovery andacceptance of responsibility  and training towards self -government directed towards thedevelopment of character, and the acquisition of competence, self-reliance, dependabilityand capacities to co-operate and to lead.
-   Progressive and stimulating programmes of various activities based on the interest of theparticipants including games, useful skills and services to the community taking place largelyin an outdoor setting in contact with nature.
Posted by हिमशिक्षा at Tuesday, September 23, 2014